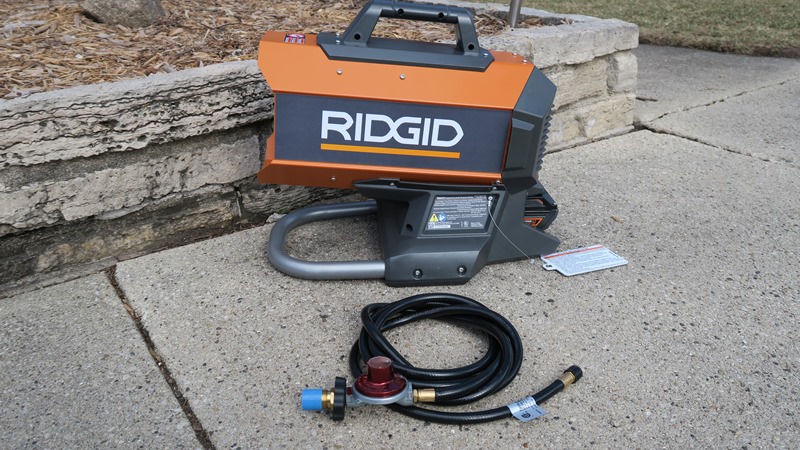 Here’s the deal.  If you have been walking around with your eyes closed to Ridgid power tools, well you better open them up and wake up.  I am not sure what is going on our at Ridgid, but they have been coming out with some very cool new tools.  New tools that break the mold.  Even some of the guys over on the power tool forum have been amazed at some of these releases.  They have a new cordless compressor, a cordless router and that’s just a couple of the cool new tool releases.  Now they have a cordless propane heater.  Ridgid seems to be a company that drank a couple of Redbulls and have been hitting the market like crazy and not looking back to see if anyone is even catching up.

When Ridgid designed this cordless heather, they did it right by making it a hybrid.  This means the heater can be powered by either their 18V battery or you can still plug it in, it’s up to the user.  You may be asking why does a propane heater need a power supply.  With these heaters, you have a fan inside that pushes the heat out instead of radiate the heat.  The power is to power the fan. Obviously, you know the key benefits of having a cordless heater so I won’t get into that.  This fan produces 60,000 BTU which is awesome.  Don’t worry, if that is too hot it does have an adjustable know so you can adjust it from 30,000 all the way up to 60,000 depending upon your needs.  OK, so it’s cordless and produces a ton of heat.  What about run-time?   Get this, the heater will last about 7 hours of continuous run time with a 5Ah battery.  Pretty impressive.  A lot longer run time than it takes to charge a battery.  With a 20lb tank you will get about 12 hours of continuous tank time.

Starting eh heater is a snap.  There is an electronic ignition which makes it very easy to start.  I have to say the fan is fairly quiet so even in smaller spaces you aren’t going to go crazy by the sound of a noisy fan.

All in all, Ridgid is jamming with new and innovative tools.  This hybrid heater is just another prime example of what Ridgid is doing.  With their tough tool line and extensive tools, plus these new innovations, Ridgid is moving full steam forward.

Kick Some Heat on with the Dewalt DXH125FAV 125,000 BTU/HR Forced Air Propane Heater 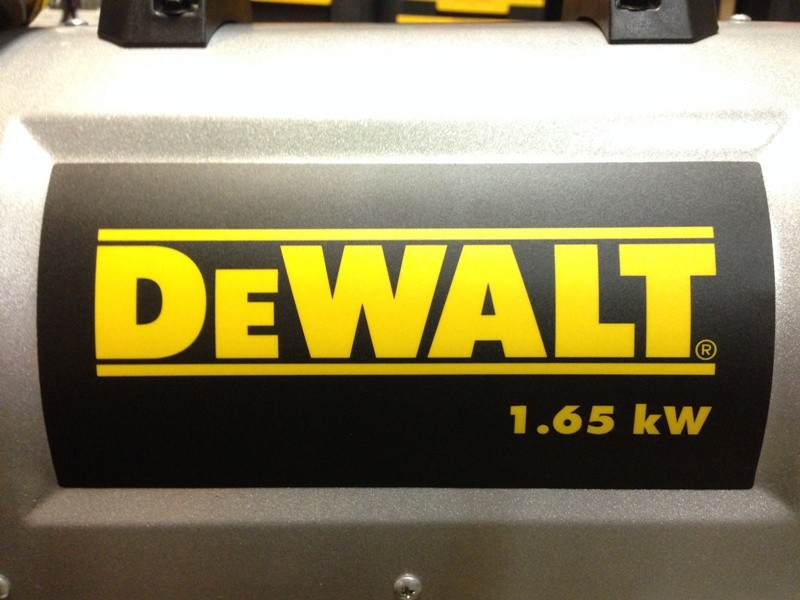