Have you heard of Chervon?  No, not Chevron, the gas company, Chervon the tool company?  My guess is probably not.  I have to admit, while I had heard of them in the past, I really didn’t know much about them.  Yes, Chervon is a power tool manufacturing company, but there is so much more to them.  We had a chance to visit one of their manufacturing facilities in China last year and ended up learning a ton about them, so I just wanted to share this with you so if you see certain brands around, you will have a little more background about them.  As an FYI, while they did pay for our trip, they didn’t pay us to write an article.  In fact, when they offered for us to visit them, they said they really didn’t care if we covered them at all.  The trip was just so we are more familiar with them. So I figured why should I have all the knowledge, so I decided to write up a quick article and share with you also. 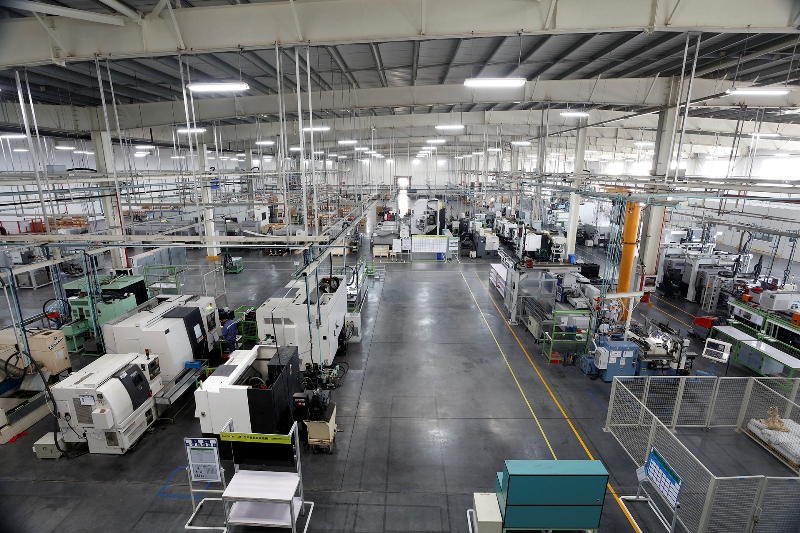 Chervon is a global company with offices in Asia, Europe and North America.  While you are probably not familiar with the company, I bet you have used plenty of their products over the years that you didn’t even know.  While Chervon is a newer company, they are a different company with a different story.  The story starts 23 years ago in 1993 when a down to earth person wanted to create a different type of company.  A company that is dedicated to quality and forward thinking.  During our trip we had a chance to meet the president and all I can say is Peter is so down to earth and breaks the mold of what you think of when you think of an owner of a company. Peter took the time to speak with us and tell us his story.  While the point of this article is to inform you of Chervon, I also want to talk a little bit about his background.  He grew up poor in China.  As with our society, you pretty much stay in the social class you are born in. Peter wanted something different, so that’s when he decided to attend a university and do something more.  After college he started the business from two hotel rooms with two other people and today has created a global brand called Chervon.  For him, it wasn’t business as usual.  It wasn’t about just creating a product, it was about creating a quality product.  He did things that were unheard of in China.  In the past, it was just about having machines running and creating products.  Again, he wanted quality products.  He was one of the first to actually create a testing facility to make sure the products were quality. After seeing first hand what they do and how they do it, I can say they have succeeded in creating quality products.  We saw how they test and implement new tools and it’s amazing. So now onto Chervon as a company.  As I said, it’s a global company that doesn’t just own brands like EGO, Flex and Devon, but they also work with other companies like Bosch and a ton of other names you know.  Have you heard of the Bosch Glide Saw?  Chervon worked in conjunction with Bosch to develop and produce a killer and innovative miter saw.  That’s pretty cool, one of the oldest companies (Bosch) working with one of the youngest companies (Chervon).  In the beginning stages of Chervon, they were really about working with companies to develop new and innovative tools. 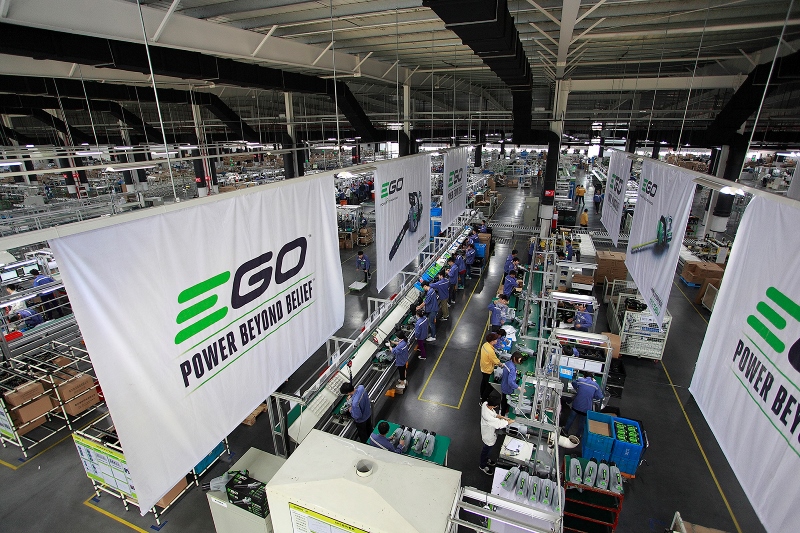 In 2000, they started creating their own brand of tools and in 2014, they introduced a new line of Outdoor Power Equipment called EGO.  EGO has really taken OPE by storm.  They were the first to really produce a battery-powered OPE that performed. While they weren’t the first to market, they were the first that actually gave gas OPE a run for their money.  As I said, quality is very important to them and we saw that first hand.  It was amazing to see all the testing that went into every product.  Not only did they test each individual product after it was assembled, but they would test all the parts that went into making the final product.  It was amazing to see how clean the facilities were and how organized they were. Now I can’t talk about all the brands they work with or design things for, but let me tell you, it’s a ton. Again, we didn’t get paid for this article, it was just something I wanted to share with you.  Whenever you get a chance to peek inside the window of a global company, you have to take advantage of it and see it for what it’s worth and what they can do.  So the next time you are using a tool, chances are Chervon has something to do with it.  It’s just so cool to see a company dedicated to quality and actually producing a quality tool.