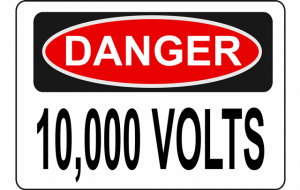 Volts, amps, torque and horsepower.  What, what and what.  Why are some tools rated in amps, some in horsepower and others in volts?  Good question.  Over the years we have received numerous emails on this topic, so we tried to put something together to explain each one and the ins and outs without getting too technical or complicated. 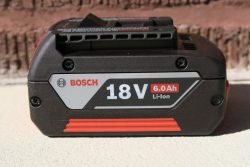 A tools amp rating indicates the electrical current load a motor can carry for an indefinite period of time without degrading the insulation and other electrical compounds of the motor.

In a UL tested tool, the motor is tested to verify that it can run or operate below a specific temperature while current or electricity is flowing through it.  So in essence how much can the motor absorb and dissipate heat.

Motor speed is important.  The faster a motor can spin the more air it can draw through the motor to help cool it down.  So amps measures or indicates the maximum time a tool can continuously run without exceeding the temperature limits.  Amps basically measure how effectively the motor cools itself, not how much power it has.  With this in mind, more amps can be good because motors will run longer and won’t heat up as fast.  Remember heat is what kills a motor.  Have you ever popped a circuit breaker on the panel?  This can be annoying, but it protects your tools.  Notice when you’re popping the breaker your tool is probably bogging down causing more heat to build up and in return drawing more amps.

Another misconception is that because two tools have the same amp rating they must be the same.  Not the case.  Take two circular saws for example that both have a 15 amp rating.  They must be the same, right?  Wrong, even though they both have 15 amps, a worm drive can transfer the power to the blade more efficiently than the inline version giving the worm saw more torque.

Regarding cordless tools, the more amps the battery has, the longer the tool will run.  You can have two 18V batteries, but one might run longer than another because it has a higher amp rating.  One might have an amp rating of 3Ah, while the longer running tool will have 6Ah.

Torque is a measure of rotational force.  Again, torque numbers can be misleading.  A lot of the torque comes from how well the gear system is designed.  Have you ever wondered why a no name brand tool has the same amps and same torque, but can be a 1/3 of the cost of a professional power tool.  Well, the gearing is different, the quality of parts is different and some other very important things are different.  So when you think you are actually getting a bargain, you are actually getting ripped off.  Most torque ratings show the tool at no load speed (when the tool is running at full power and not actually making a cut).  Torque represents the stalling point.  If you get a motor to stall, its torque is maxed out.  A stalled motor is the worst thing you can do as it creates more amps which create more heat.

There is no standard of torque measurement so be careful.  Some companies take a torque measurement on the inside of the tool before torque is even transferred.  Other manufacturers test torque after the transfer.  The will take a measurement at the end of the bit.  When it comes down to it, it’s just a big marketing scam.

Horsepower is a mathematical expression of the relationship between speed and torque.  Again horsepower is misleading because it is a mathematical equation and the manufacturer can either use sustained or stalled torque and thus you can get two different numbers.  Most manufacturers use peak power (stalling point) as the higher number.  This is a bogus measure because it shows the highest output possible. If you did that to your tool you would burn the motor out very quickly because of the high current and high heat build up.  So, in reality, it is not a realistic number measure. Volts is the force and is most commonly used in cordless tool measurements.  You can think of volts as horsepower for cordless tools.  The higher the volt, the more power it can use for higher drain applications.  A higher volt will also be able to handle bigger bits and blades.  I am not going to get too involved in volts because it begins to get too technical.  For a cordless tool, you really need volts and amps to work together for higher demand applications.

Energy is lost through friction, such as ball bearings, iron losses, copper losses on the brushes and numerous other ways.  The more efficient a motor is the more power you will get as the end result, hence that is why you are seeing a bigger jump into brushless motors.  What makes a motor more efficient?  Simply the type, quality, design and grades of materials used to make an efficient tool. That is why the Professional Power Tools tend to cost more.  Sure, some of the cost is because of the name, but the quality is what you really get.

Take a 10 horsepower motor.  An efficient motor might transfer 93% to the output while and cheaper model might only transfer 79% to the output.  Well, who cares as long as they both screw a screw into the wall? Well, for one, the inefficient motor will without a doubt strip more screws and will cause more heat build up in the tool causing it to burn out extremely quick.  Every time you fasten a screw into wood you will have to put just a little more pressure on the tool, causing the torque and amps to build up, which causes more heat build up.  In the long run, spending the extra money now will save you money, time, and aggravation later.

How do you gauge Cordless Power Tool Batteries

One way to gauge a little bit about a battery is to think of Watt Hours.  Watt-Hour (Wh) is the measure of energy or the potential to do work.  So yes, while you have a great battery, you still need a great tool to transfer that energy to the work.  Batteries are measured by Volts and Amps.  If you take Voltage x Amps, you get Watt Hours.  So let’s look at it in terms of your work truck.

Sounds goofy, but in the reality of things comparing horsepower and amps from one manufacturer’s tool to another is pretty much useless.  The one exception is corded power tools and amps.  Corded power tool motors are required to be tested by Underwriters Laboratories standards, so the amps are on a level playing field.  However, they test amps only and do not test output power.

I have talked to a lot of carpenters and other workers and we still always look at the amps, horsepower, volts, and torque and we always will.  But most Professional Power Tools have roughly the same numbers, so we tend to look at the features as the deciding factor.  The key to remember is what this all means.  By understanding that manufacturers can make everything look good, you will understand whether it is worth spending a couple of extra dollars on more amps or horsepower.  Nobody will probably ever feel the difference between 450 pounds of torque and 460 pounds of torque.  The key is to look at everything as a whole and ask yourself some simple questions:

Once you figure these questions out you will better understand which tool is right for you and be able to compare and shop smarter.